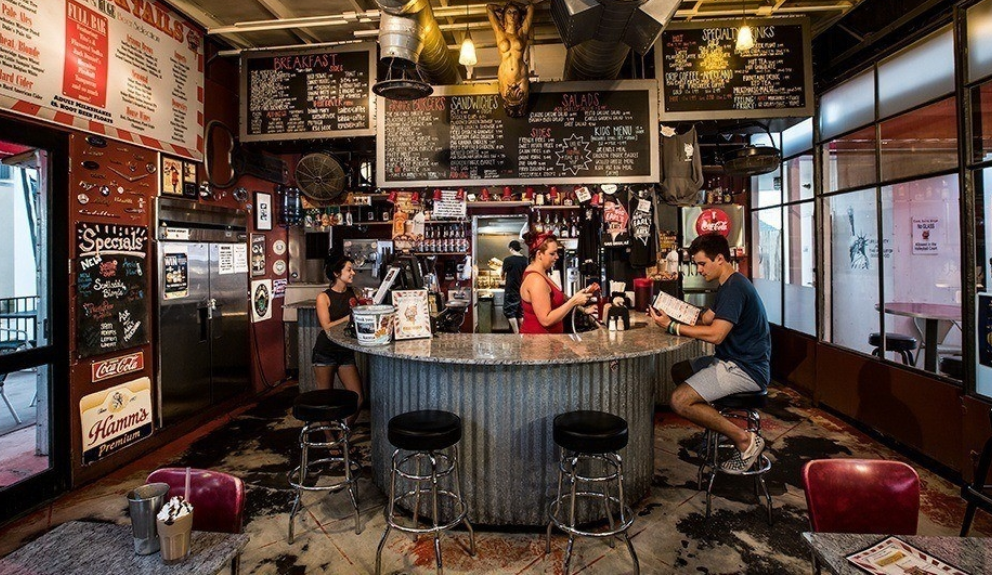 Big Earl’s Greasy Eats is a popular hangout for locals and visitors in Cave Creek, Arizona.

“We have grown and grown from just coffee and ice cream to putting in a full kitchen to figuring out who we’re and what we serve,” said Big Earl’s Greasy Eats owner Kim Brennan. “We then added a liquor license and a volleyball court.”

The menu also includes sandwiches, salads and famous milkshakes that are made extra special just for adults.

“We call them Triple X milkshakes,” Brennan said. “They have five different varieties [with] pretty heavy alcohol content and are so delicious.”

The food isn’t the only thing customers come here to check out when stopping by this historic venue.

Big Earl’s Greasy Eats was once a gas station.

“This is a 1930s kit gas station that was patented by Standard Oil,” Brennan said. “It was in the Sunnyslope area originally, but it was moved to Cave Creek in the 1950s.

The gas station closed down in the late 1980s. The town was using it as a storage facility when Brennan bought the place.

“I kept the building almost 100 percent in tack,” Brennan said. “Everything that we do, outside from the giant patio to the backyard, the separate men’s and ladies rooms are all built off the original building.”

Big Earl’s Greasy Eats is also famous outside of Arizona.

It has been featured on the Food Network and home to several independent and full future films.

“It was a full Hollywood production and they changed the signage and they had all of these gigantic trailers, roads closed and that was pretty outrageous,” Brennan said.

A restaurant that loves bringing the community together with an open door policy.

“It has become such a part of our culture in town and maybe it already was being that original gas station,” Brennan said. “We’re not doing food, we’re doing life with great food and our service is the best and I think that’s what brings people back again.”