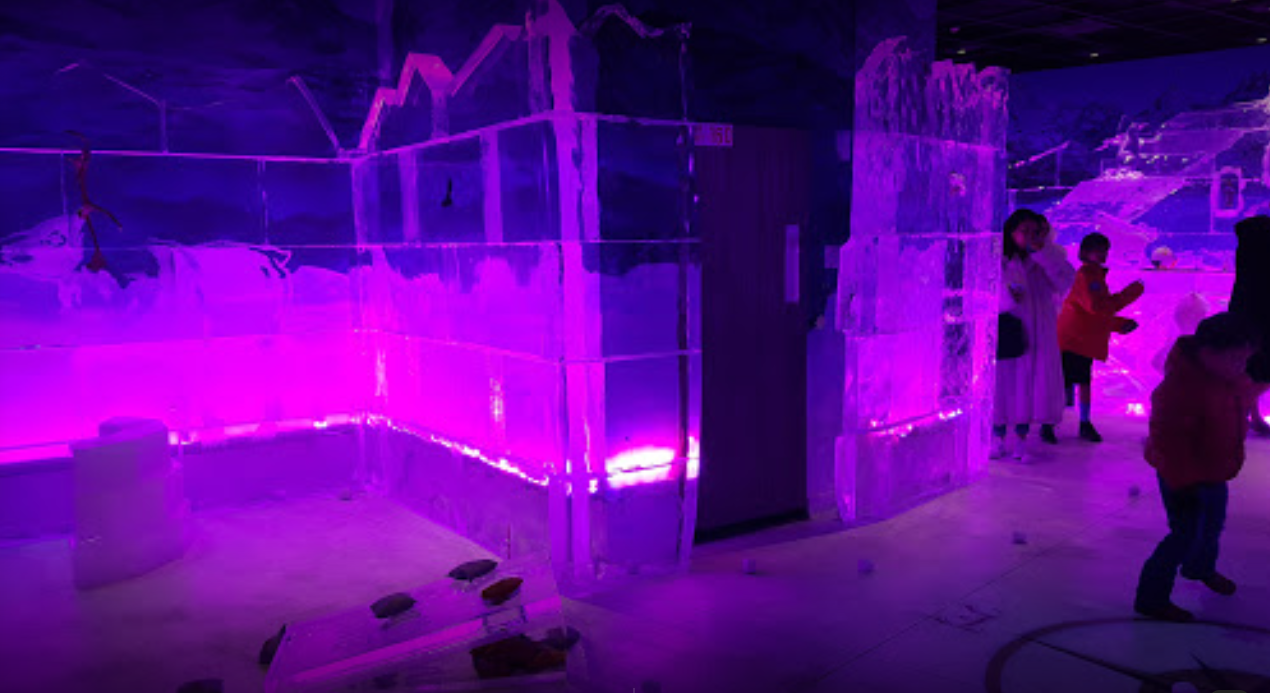 Polar Play is one of the many businesses opening up within the OdySea in the Desert near the Loop 101 and Via de Ventura late this summer.

“Polar Play is an area where you get to come and explore both the South Pole and the North Pole in 23 degrees,” said Judy Petersen-Fleming, co-owner of Polar Play.

The indoor ice bar and playground covers a 3,500-square-foot area where everything is made of ice.

“We’re kind of like an experience that is an extension of the aquarium,” Petersen-Fleming said. “So instead of looking at all water worlds under water, we’re taking you to the Antarctic and Arctic.”

During the day children can enjoy ice activities at Polar Play, like icicle toss and ice shuffleboard. They will even get a chance to learn about polar wildlife through the games and exhibits to be housed in the space.

The nighttime is geared more for adults, where the ice bar will have Polar White Ale on tap along with special ice cocktails with or without alcohol.

“During the hours of the day [we can host birthday parties] and at night there can be bachelorette, bachelor parties and group events,” Petersen-Fleming said.

Now if you don’t come dressed appropriately for the chilly temperatures in Polar Play, Petersen-Fleming said they’ve got you covered.

“All of you are going to be coming because it’s too darn hot here,” Fleming said. “You’re going to be in T-shirts and flip-flops, so we will give you a jacket, gloves, a hat and [socks to wear during your time at Polar Play].”

There is even a warming hut called the Explorers Club where customers can go if they’re too cold. They can sit by a fireplace, enjoy hot chocolate and special themed food and treats to eat.

“You’re going to think you just walked into a polar environment without taking a plane,” Petersen-Fleming said.

Art will be a big part of Polar Play. Phoenix ice sculptor Mark Armitage with Armitage Ice will create the more than 500 pieces making this icy adventure come to life.

Scottsdale artist Scott Donars from Tile Artworks is creating a 7-foot-by-9-foot piece of art made out of tile that will be seen as you walk into Polar Play.

“Scott is a wonderful local artist and he does magical things in churches and other public art pieces with mosaics,” Petersen-Fleming said.

The tile art will depict the Aurora Borealis, also known as the Northern Lights.

“It will have various colors because the Northern Lights are almost like a rainbow,” Donars said.

The picture will also have icebergs and polar caps.

He will not be creating the art alone. Donars is getting help from the Salt River Pima-Maricopa Indian Community youth. They’re part of the process of making the polar cap tiles.

“I gave them a ball of clay and had them roll it out,” Donars said. “We want to make [the tiles] similar.

“They carved each individual shape out and [put] their name using a ribbon tool inside of their tile,” Donars continued.

The kids showed a lot of creativity.

“I went into this with expectations that they would carve [their] name and maybe the date, but a few got creative,” Donars said. “They put designs in there and a border to make it unique.”

Donars did some work of his own in between seeing the youth again at the Evergreen Neighborhood Center on the Salt River Pima-Maricopa Indian Community.

They recently got the chance to place their tiles in the frame.

As for Petersen-Fleming, making sure the youth from the Salt River Pima-Maricopa Indian Community are involved in Polar Play is a top priority.

“This is their community,” Petersen-Fleming said. “So for them to do this, it’s our honor because it’s all about them.”

The installation of the tile art project will take place right around the time Polar Play will open to the public. Petersen-Fleming is hoping for sometime in September.