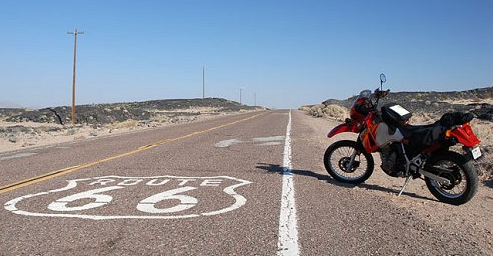 “It’s relaxing and I get my mind off of everything else,” Degn said.

This is something other motorcyclists feel like when they hit the Arizona roadways, but a passion for riding a motorcycle can also be dangerous.

“I knew a couple of folks that had been in motorcycle crashes, serious and not so serious, and I didn’t feel like anything was being done about it, so we formed Arizona Motorcycle Safety and Awareness Foundation,” Degn said.

Degn is the executive director of AMSAF. The nonprofit was formed back in 2011.

“Our mission is to help reduce motorcycle crashes and fatalities in the state,” Degn said.

According to a report by the Arizona Department of Transportation, recent motor vehicle crash facts found that more than 2,900 motorcyclists were involved in crashes around the state and 134 people died.

“Forty percent of motorcycle riders are on the road and [they] do not have a motorcycle endorsement,” Degn said.

Degn wants motorcycle riders to be safe and he said one way to do that is by enrolling in training classes at schools across the state.

We checked out the Desert Wind Harley-Davidson Riding Academy in Mesa.

“If you pass the course at end [of class] you get a certification that you can take to the Motor Vehicle Department and get your motorcycle endorsement and to me this is the best education you can get because motorcycle riding is risky,” Degn said.

AMSAF is helping with the cost of the motorcycle training classes by offering scholarships for those 15 1/2 years and older.

“In the Basic Rider course you’re going to learn a lot of maneuvers, stopping, curves, just basic riding,” Degn said. “What is safe and when going down a road, what lane should you be in.”

This is all made possible thanks grants from the Arizona’s Governor’s Office of Highway Safety.

AMSAF has also partnered up with other organizations, like Dignity Health, to help get the word out about the scholarship program.

“In our experience with this trauma center, we see probably on average about three to four motorcycle injuries a week,” said Dr. Jordan Weinberg, trauma medical director at Dignity Health St. Joseph’s Hospital and Medical Center. “Injury prevention in general is part of what we do and this is a perfect fit.

“Motorcycle accidents are clearly a problem from an injury standpoint, it’s common, and so it’s a great target for a prevention intervention such as this one,” Weinberg continued.

Dignity Health and other organizations will be at AMSAF’s Riding for the Long Haul annual fundraising event at the Shriner Auditorium and Convention Center in Phoenix this Sunday.

“One is to raise money and also the community and all [the event’s partners] coming together to promote motorcycle safety,” Degn said. “When is the last time you have been to an event where you have the state, health care providers, insurance [companies], legal [services], police and fire all promoting motorcycle safety? It’s exciting.”

For more information on the event, visit https://www.amsaf.org