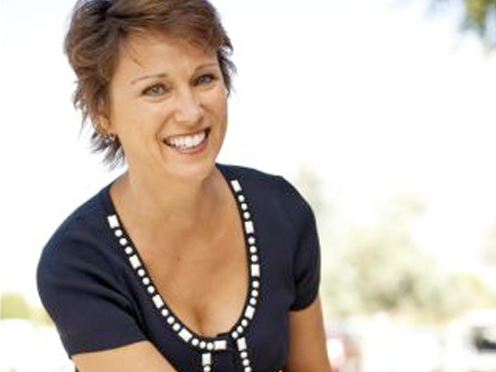 A new book out is helping young people see that growing their own food is a cool thing to do.

Arizona-based natural and functional nutritionist Patti Milligan has created a character named Shirley in her book “Why is Shirley Unusual?”

It’s a story showing young people through the eyes of someone their own age that eating fruits and vegetables and gardening is not only good for them, but it’s also a way to connect families again.

Milligan’s goal is to share her story with everyone, including schools with gardens tied into their curriculums.

One school is the Scottsdale Child Care and Learning Center at Raintree. She is reading “Why is Shirley Unusual?” to a group of pre-kindergartners.

Shirley not only likes fruits and vegetables, she grows the food in her own family’s garden.

Milligan created the story for her now 20-year-old son Riley’s fourth-grade class. She gave us a preview of the story.

“You start to see the colorations of [Shirley’s] lunches as colors of the rainbow and then Charles is the new student and when they first sit down to lunch, he has probably a typical child’s lunch and it’s white or tan foods,” Milligan said. “Shirley then befriends Charles and they eat lunch together and he starts tasting [her] food.

“When they go home after school together, she brings him out to the garden and they learn about the aspects of growing plants and then we bring in composting,” Milligan continued.

Shirley is teaching other children near her own age about the importance of eating colorful foods, composting and planting their own fruits and vegetables.

This can all be done with fun assignments in the book.

“Shirley becomes their educator,” Milligan said. “So they want to do things Shirley did throughout the book and then bring it home to the families.

“My vision is if we can really tie this generation of children back to sustainability by not only eating the foods that they grow, but understanding the relationship of how good it feels to be in a garden is great,” she continued.

The kids’ teacher, Britta Brelo, really liked how they were all willing to try new foods.

“I like the aspect of the rainbow foods [and] trying new foods that the children have not tried before,” Brelo said. “I think that also showed them they could get sweet things from jicama, strawberries, blueberries as well as vegetables.”

The children even got excited to grow their own food in the learning center’s garden.

“With children all over the world not getting enough food, they can grow their own food and perhaps teach others that it’s possible to do that,” Brelo said.

This is exactly one of the things Milligan had in mind when she brought Shirley to life.

“I would hope that Shirley and her story would be a vehicle to introducing nutrition in a very refreshing way,” Milligan said.

Milligan plans to use the proceeds from the book to sponsor school gardens. “Why is Shirley Unusual?” can be found on Amazon at https://www.amazon.com/Why-Shirley-Unusual-Story-Nutritionist/dp/1533554714/.